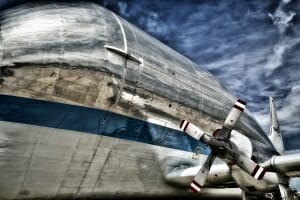 Airports are owned by an unruly crew. Runways and terminals are controlled by municipalities and private enterprises – not the federal government or the states. These authorities, public and private,  decide their own fate, choosing to focus on local issues not national issues. This breakdown in prioritization comes at the expense of the traveling public. The FAA’s attempts to employ NextGen has been rebuffed by these municipalities unwillingness to allow the FAA to create federal controls that exist in nearly all other modes of transportation – especially highways.

As the American Society of Civil Engineers (ASCE) put in in their 2009 Report Card, “According to the NPIAS, there are 3,356 existing publicly owned, public-use airports in the United States, with an additional 55 proposed. There are also 522 commercial service air- ports, and of these, 383 have more than 10,000 annual enplanements and are classified as primary airports.”

America’s busiest airport is Atlanta’s Hartsfield–Jackson International Airport (ATL). The massive aviation center sits within a two-hour flight of 80% of the population of the United States according to Forbes Magazine (http://www.forbes.com/sites/davidewalt/2013/05/07/americas-most-crowded-airports/). Also, according to the same story in Forbes, the second most crowded airport in America is also one of the nation’s smallest. Not far from Atlanta’s airport is the Charlotte Douglas International Airport (CLT) in Charlotte, North Carolina. CLT has big plans to expand by the end of 2015.