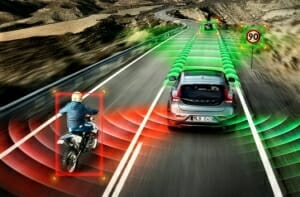 Information is powerful. How we use it defines us.

15:00: Charlie Rose: “What is it about you and transportation systems?”
Larry Page: “I guess I was frustrated with this when I was at college in Michigan. I had to get on the bus and take it and wait for it when and it was cold and snowing. I did some research…I became obsessed with transportation systems. About 18 years ago I learned about people working on automated cars. I became fascinated by that. It kind of takes a while to get these projects going. But I am super excited about the possibilities of that. Improving the world. There are 20 million people or more injured per year.
[Automobile accidents are] the leading cause of death for people under 34 in the US. Saving space and making life better: Los Angeles is half parking lots and roads. Half of the area. Most cities are not far behind acutely. It’s crazy that that’s what we use our space for. I think we can be there very, very soon. We’ve driven well over a 100,000 miles now – totally automated. I am super excited about getting that out quickly.”

17:00: Bikes in the future. Working with Google campuses and cities to put them on wires above the street.Separating bikes from cars with a minimal cost.